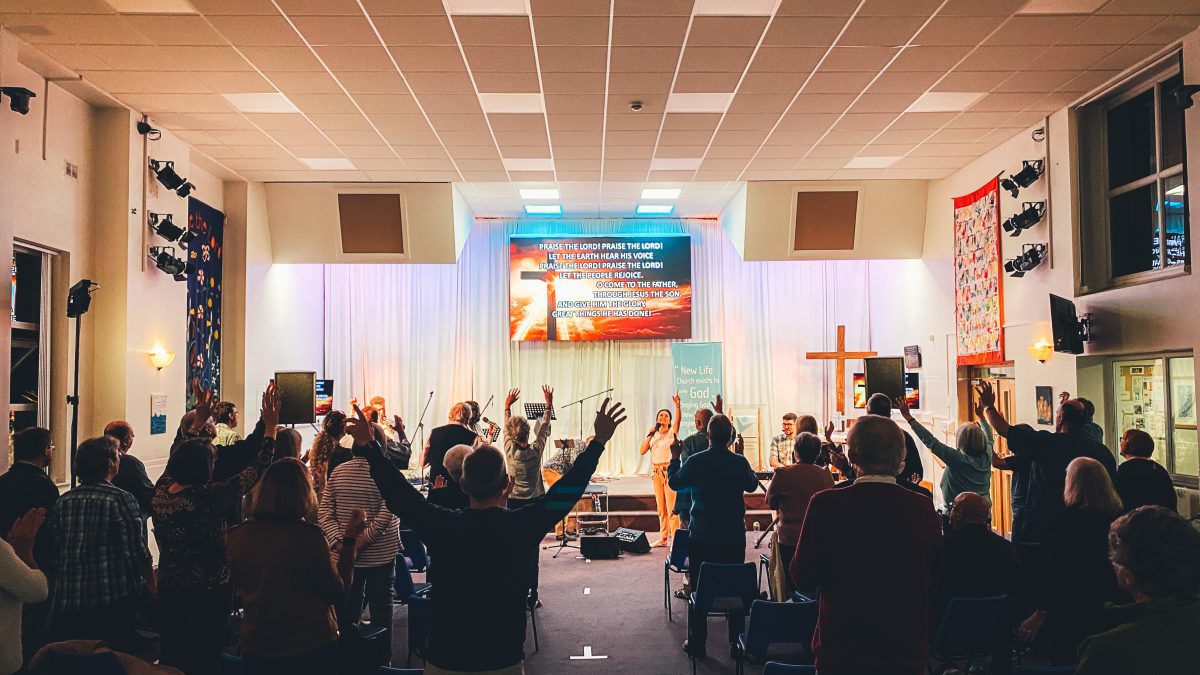 We have a great newsletter to share with you. Giving all Glory to God, let’s read about His goodness.

First of all, we would like to share some great news with you! Phil Woolley was recently inducted as senior pastor of Rye Lane Chapel in Peckham, London. Phil and his wife Rachel were both members of the previous team of Vinesong for many years. It was a great privilege and honour to be a part of the induction service in September. We led the worship and Pastor John was one of the elders laying hands on and praying for Phil and Rachel. The anointing during John’s prayer was so powerful. It was the release and blessing of a spiritual father.

We are very proud of our extended Vinesong family and expectant for what God is going to do through the Woolleys in Peckham!

The following weekend we traveled to Chesterfield to lead an outreach organised by RCCG (Redeemed Christian Church of God) Grace Chapel. Pastor Toyin has a heart for her community. We saw God’s hand on the event already in the organising process. In the 10 years that the church has been in the town there had never been a Christian event in the market square in Chesterfield until now.

On Saturday we went to the town square right in front of the church, stood in a circle along with Pastor Toyin and prayed. We declared God’s authority to be restored in the area and proclaimed Chesterfield belonged to Jesus as we sang ‘Releasing Your Power’, which was a great stepping stone for the next day’s ministry.

During the Sunday worship, the name of Jesus rang loud and clear over the town from its epicentre. Many people stopped by, engaged in the worship and heard the message of the gospel. We thank God for all the seeds that were planted that day and the souls that were saved. Praise the Lord!

The following weekend we embarked on a 10-day ministry trip to the North of England. The first stop was in Blackburn where we ministered at Grace Pentecostal Church. At the end of our meeting, two people came forward to receive Jesus in their hearts – a lady and a young man who later told us that he had tried to commit suicide two weeks prior. Praise God that he didn’t succeed, he was dramatically changed when the Lord touched him.

On the Sunday of that week we ministered at RCCG Chapel of His Glory in Bradford. The Lord blessed our ministry uplifting people, restoring joy and hope.

For the next few days we were hosted by long-standing friends of the ministry, David and Jan Green. They organised a small meeting in their home for local worship leaders and their Senior Pastor, Steve Hodgkinson, to have a short time of sharing and worship together.

The presence of the Holy Spirit was tangible as we worshipped. Some later made reference to the ‘Upper Room’ experience described in Acts 1. Steve was so touched, he asked Vinesong to minister the very next evening at the church and immediately began inviting people.

This worship event was organised in less than 24 hours, hosted at New Life Church Congleton and people from different denominations in the surrounding area began to pour into the building. Our expectation for maybe 10 people who would come at such short notice was quickly surpassed as the hall filled up with over 50 people.

We sensed a great hunger for a fresh new move of the Holy Spirit which was a great encouragement. In the beginning, each member of Vinesong shared what they believed God had laid on their hearts and then we all worshipped in ‘Spirit and in truth’. We give God the glory for all the people He touched on that night.

Whilst staying with David and Jan, we also recorded two Vinesong ‘FridayPM’ episodes and one ‘My Story’ program for Revelation TV in their beautiful garden.

Here is a link to the interview with David and Jan on the topic of ‘Finding Your Ministry’.

The second interview with Jan about ‘Forgiveness’ is also well worth a watch, especially for those who have suffered emotional pain stemming from betrayal and rejection.

The morning we left Congleton, an elderly gentleman (89) who’s spiritual journey had a connection with the Primitive Methodist Church revival in 1807, in Mow Cop Hill, came to see us. He was part of the gathering the night before. As he came into the house, he started to cry and he was praying in the Spirit. As we all gathered in the ‘Upper room’, he poured out his heart for revival in Britain and blessed this ‘Anointed young team’ – a father’s blessing that left us all in tears. We then sang the Aaronic Blessing over him. All in all it was an experience that we will never forget.

On Friday we travelled to Liverpool, where we met our dear friend Pastor Funmi and her daughter, Esther. That evening multiple RCCG churches in Liverpool got together in an old Anglican church to unite in worship.

During a very holy moment in the service, Daniel felt led to bring forward all the pastors present and asked the congregation to stretch their hands towards their leaders and pray for them to be refreshed in their ministries as Daniel laid hands on them.

The Word was shared and it was encouraging to see many children respond to the message of Faith in Jesus Christ.

Later the next day as we were returning from dinner, the on duty hotel receptionist was standing in front of our hotel entrance smoking. The team stopped and chatted to him and told him that God had a plan for his life. The chat ended with the team singing ‘My God is Able’ acapella for him. We love it when the Lord opens the doors for us to minister to the people He puts in our path.

Sunday 26 September was our last ministry meeting of this mini-tour at RCCG Pathfinder, Manchester. We worshiped the Lord and Daniel encouraged the congregation to embrace the ‘Great Commission’ (Matthew 28) by reaching out to our communities and people we meet. A few children and a man who said he had been having a really tough time recently came forward to receive Jesus at the end of the meeting. Heaven is rejoicing for their salvations!

As we pulled out from the church to embark on our 7-hour journey home, a man knocked at our window. He looked like he had been living on the streets, but he just wanted to tell us: “You have a really nice car!” Kristof and Zach got chatting with him and quickly found out that this man’s wife had recently died. We gave him some food and prayed for him. It’s so amazing that God gave us the opportunity to practice what we preached so soon after the meeting!

We arrived home safely late Sunday night with grateful hearts to the Lord who is always faithful.

Finally, we are so encouraged by the Lord to testify to the glory of God that 15 youth and children gave their lives to Jesus at our recent ministry at RCCG House of Praise Grays! We are in awe at the move of the Holy Spirit and His compassion for our youth. Seeing them respond to the call of God on their lives as well as salvation is something we have been praying for.

Thank you for your continued prayers, financial support and words of encouragement.

We pray that God, who is moving in the UK with the help of His Holy Spirit, is also moving around the nations preparing His bride, the body of Christ, for the coming revival. Our heartfelt prayer is that the world will be set alight with the gospel of the Kingdom of Heaven, which is being brought near to all mankind. 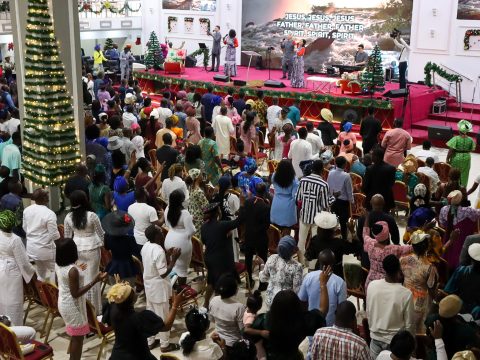 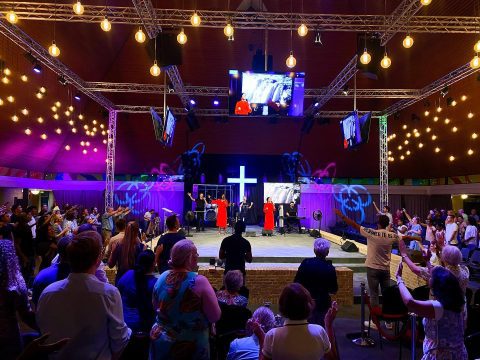 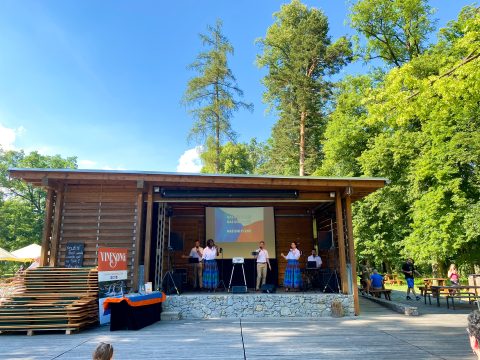