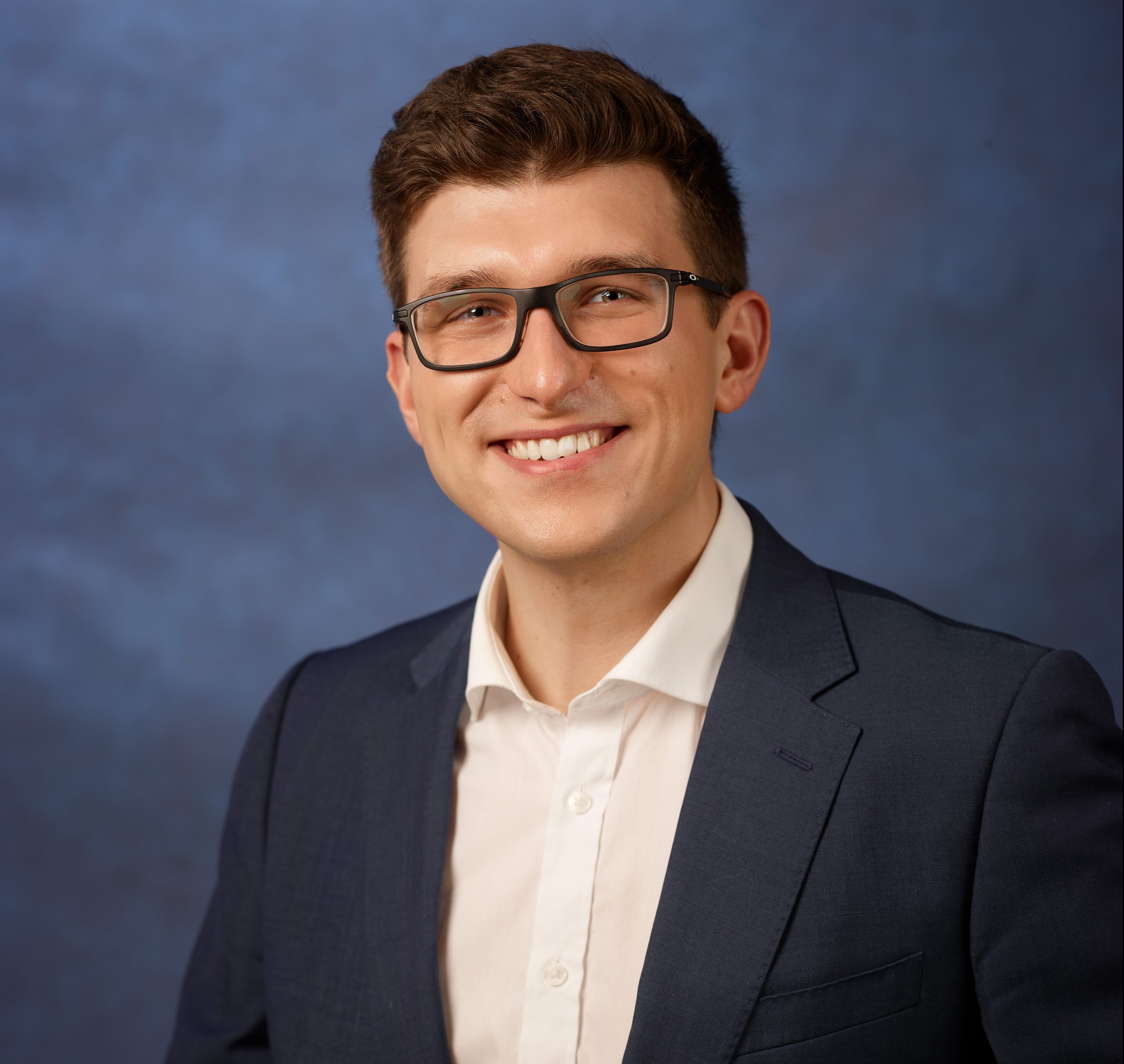 “We have redemption in Him through His blood, the forgiveness of our trespasses, according to the riches of His grace.”

My brother and I grew up with my parents and grandparents in Marklowice Górne, a tiny village in Silesia, the south region of Poland, right on the Czech border. At the time, my dad was working in the military as a border guard, and my mom worked at the railway inspecting the coal trains coming from the mines. At home, we kept the Roman-Catholic tradition. My mom and my grandma found it important to instil Christian values into my life so they taught me how to pray. In the following years, I struggled with embracing this lifestyle. On Sunday, my priority was to find a good excuse to avoid mass. As a child, I was a little rebellious. My Aunt discovered that I had musical potential, so when I was 9, I was enrolled in a music school and – thank God – 15 years later I graduated with a Master’s degree in Music from a Music Academy.

Things changed throughout my teenage years and I began to do everything possible to try and get closer to God through religion. Almost every Sunday before the service, I would get on my knees and cry out to God for forgiveness for what I had done during the past week. Most of the time I felt so unworthy of Him. I tried to find the presence of the Lord in sacraments, different holidays, events, special ceremonies, special visiting ministers, etc. I also started to play the organ in my local church. All of these seemed like the correct things to do in order to live life with God. Unfortunately, I didn’t realise that these religious rites only tickled my emotions; there was no spiritual impact whatsoever. Even though I tried so hard to find different ways to know God, nothing seemed to work. All I knew was that I needed to be a good person and try to make sure my good deeds outnumbered my bad ones. I didn’t realise it at the time, but I was stuck in self-condemnation. The law of my religion had been telling me that I’d never be good enough. Although I’d met many religious people, including different priests, no one told me that I could find hope in the Bible, so I never read it.

At the age of 19 I went to a Music Academy in a big city where I met many new people. Back in secondary school I had already lived in a dorm for three years, but as a university student it was different. I would meet with new friends very often and we would spend time together sometimes drinking alcohol excessively. I must admit that my religion kept me away from smoking cigarettes and even doing drugs. You may think that it was the fear of God or even love that stopped me, but it was neither. It was the fear of confessing my sins to the priest. I didn’t want anyone to find out about my bad deeds, so I went to Confession less and less. I already had this massive desire in my heart to receive a woman’s love and just couldn’t get it, so I went to parties. Each time I told myself that this time I would break the barrier of touch, find what I was looking for, and feed my lust. But – praise God – it didn’t happen. I started to be more and more conscious of the void that was growing inside of me. The hunger and deep need for love and acceptance were only expanding and there was absolutely nothing that could fill it – not parties, friends, girls’ company, alcohol, pornography, religion… nothing.

During the first semester I met this guy from my year and he seemed different to anyone else I had met at that time. I started to hang out with him and couple of his friends. They started telling me about God and things that I’d never heard before. They referred to the person of Jesus Christ and the Bible more than anyone I had met in my entire life. I was told that God loved me despite my sins and that He had already paid the price for them by sending His Son Jesus to the cross of Calvary.

At the age of 20, at the beginning of the summer break, I went with my new friends to a Christian Camp to explore more of what they’d been telling me about. Even though I wanted to prepare myself to go by praying and going to Confession, I didn’t do it. I felt so bad and contaminated before God that I doubted if He was even going to accept me. In spite of how I felt, on the second day of the camp - which was a Sunday - I was hoping to find a Catholic church so I could participate in Mass. I felt so insecure knowing that I might not find one. My friend was praying for me to receive peace even if I was not able to find a Catholic church. Still, the only thought I had was to go to Mass. Luckily, I found a Catholic church. Having an hour off, I went. Still, something was not right. I couldn’t focus and instead kept thinking about God and all the things like faith and grace that I’d already heard about at the camp. There was some kind of a barrier, so I couldn’t accept this new message. If I hadn’t gone to Mass, under Catholic thought I would have been guilty of a“mortal sin”, which means that I would have been condemned to hell. I am not joking - this is what I had believed all my life. On the third day, in the late evening hours I prayed with the leader of the camp. After we had prayed, I felt the presence of God, which came with incredible joy. At that moment I was baptized in the Holy Spirit. That was on 30th of June 2014. By the divine inspiration of God I suddenly understood, that He had always loved me and that I didn’t have to work for it. Now I felt the freedom to give my life to Jesus, to declare Him as my Saviour in my own words and to receive His Holy Spirit and His power. All I did and all anyone needs to do to receive anything from God is to ask (Luke 11:13). This was such a profound revelation for me and since that day the Holy Spirit began the process of change in me.

From that time forward I began to see God’s signs and wonders and I am grateful for His undeserved favour. I can testify that on that particular evening God removed all the unhealthy desires that had been growing inside of me. There was no more emptiness; Jesus had filled it with His undeniable love. The very next day I felt a hunger like never before to read the Bible, so I picked up the one I had brought with me and started reading it. This was the very first time that I read the Bible not because I had to, but because I wanted to. I am so grateful that the Bible was one of the items that I was asked to bring with me to the camp and I thank God that I was blessed to find out why so quickly!

By God’s grace my stay was prolonged for an additional week, which wasn’t planned. At that time I didn’t know how crucial it was. Several days later, on the 9th of July, 2014, in a town named Hel (very ironic), I was baptised in the waters of the Baltic sea.

Jesus released me from the self-condemnation which religion had held me in, and brought me into authentic relationship with Him. Now, His peace and joy, which I was never able to have before, fills me. I can love people I previously hated. Even when someone hurts me, I don’t feel the anger I used to have. No longer does desire for payback have a hold on me. Repeating the same formulas in prayer has been changed to pouring my heart out to God and entering into His presence.

In August 2018 I met the Vinesong Team during their tour in Poland. They also ministered at several events hosted by the Christian Camp – the very Camp where Jesus saved me four years earlier. God’s timing and plan are perfect! The opportunity to interpret was given to me during some of their services, which became an amazing blessing in my life. During the time they ministered, and even during simple prayers in private with different team members, I could feel God’s presence and anointing very tangibly. Once again, I prolonged my stay for an additional week, and cancelled my other plans as Vinesong asked for me to interpret for the remaining week of their tour.

A few days into that week, Pastor John told me that God pointed at me; and Pastor John invited me to join the ministry of Vinesong. He also said that he had been able to sense the anointing on me whilst he’d been listening to our camp’s music band in which I played at that time. Initially I was shocked, but decided to pray over it. I had a choice to make about my future. Earlier, I had passed the exams for a prestigious symphony orchestra in Warsaw, but I saw in this particular ministry the answer to many of my prayers. I have desired to worship God, particularly through singing and playing, and also preaching the Good News to people from different nations and cultures. That is exactly what Vinesong does. God is good and He provides in abundance (Ephesians 3:20). I decided to fully trust God and lay everything on the altar. After two weeks I emailed Pastor John with a positive reply.

The Bible says, that whoever leaves his parents, brothers, children or loses his life for Christ will gain further more in this life and have eternal life with God in His Kingdom (Mark 10: 29 – 30). I see a big promise in this Word. God says that whenever He speaks, His Word will not return until it is fulfilled (Isaiah 55:11). My trust is in the Almighty God and the desire of my heart is to carry His pleasant fragrance through the message of the gospel to all the nations of the earth.