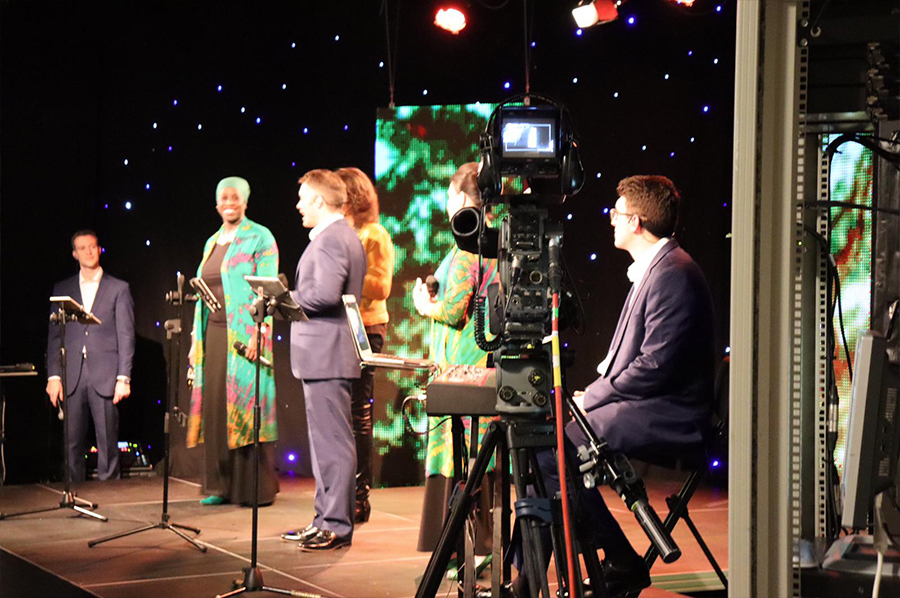 The months of October and November were groundbreaking months for us as a team and as a ministry. October marked our first ministry tour without Pastor John’s company in the team. Beginning with a week in Holland and a weekend in Germany, we made our way north to the Scandinavian countries of Norway and Sweden, where we worked with an old friend to establish what would be Vinesong’s first tour in Scandinavia.

Our time in Europe was short but very sweet. We were back at The Schutse in Rotterdam with Pastor Nico after an absence of nearly 14 years. It was a wonderful time in the presence of the Lord, and we were glad to be back to rekindle old friendships, as well as create a few new ones. Two members of our home team, Christian and Annet Aartsen, have their roots in The Schutse and were actually caretakers of the church property before joining the Vinesong team at our homestead.

We want to say a very special thank you to Borris and Monique, their children, for hosting part of our team during our stay. We are family, and we love you and appreciate you more than words can say.

During our stay in Rotterdam, a wonderful couple hosted two members of the team in their home. After spending a few days together with the team and also sitting under the ministry, William and Nila warmly extended an invitation for us to minister in Suriname, a dutch speaking nation in South America. They are already heavily involved with missions there, providing basic resources to the local community and building schools and developing programs for the children. We were truly blessed to spend time with them, and we thank God for their faithfulness and commitment to the things of the Kingdom. We ministered at several churches in Holland and Germany where the presence of the Holy Spirit was incredible. People were healed, set free and encouraged as we worshipped the Lord together.

Waving Goodbye to Pastor John, and continuing on to minister in Holland and Germany

We thank Good for the opportunity to minister in Norway for the very first time. We have had Scandinava on our hearts for a few years and almost ministered there in 2015. Although that tour did not go ahead we made good contacts. Tore Sandøy was one of them and with his help we were able to put together our inaugural tour of Norway.

We sensed such a spiritual hunger there at every meeting. Mid week meetings are not common yet our mid week meetings were very well attended. Time and again we were told how the ministry had brought spiritual revival and refreshment to those who attended.

Pastor Terje Gustavsen, a former worship leader and now full time pastor in Mandal, helped us with our Norwegian pronunciation and translations. He was such an amazing support before we even stepped foot in the country.

Our tour started in Stavanger and ended in Oslo with ministry in Mandal and a program in Froland on the way.

We had a unique experience with Kanal 10, a Swedish-based TV station with outlets in Europe and Asia. One thing that impacted us as a team was the fact that they were the ones to suggest we pray before recording. We always pray before a ministry, but it was great to see an entire TV station come together to ask the Lord for His blessing and presence in the studio. The owner of the Norwegian satellite station, Øyvind, shared with us how they viewed their studio as holy ground, and were very reverent in the room and cautious with their words and what they spoke about. What a testimony to the reverence for God in a typically irreverent, media saturated culture. There is still great light in the midst of darkness!

Filming and fellowship with Kanal 10 Norway and Sweden

When we arrived in Sweden to minister with Kanal 10 in their base studio, we weren’t surprised to find that they also carried the same love and passion for beginning with God in all of their work! We had a wonderful time recording with them and were very blessed by the crew that came together to make it happen.

We want to say a special thank you to a special friend, Johnny Woodrow, for organising a major portion of our time in Norway and Sweden, connecting us with Kanal 10, and accommodating us as well as receiving us. The Lord will reward your every effort. We want to thank Börje Claesson, the owner of Kanal 10, who went out of his way, literally, to meet with us at the Swedish station, and who has invited us back for Jesus Festival 2020, which is perhaps the largest Christian event in Scandinavia. This event sees an annual turnout of tens of thousands over the course of a few days!

We are so excited to return and look forward to the privilege of witnessing a move of God in Scandinavia. 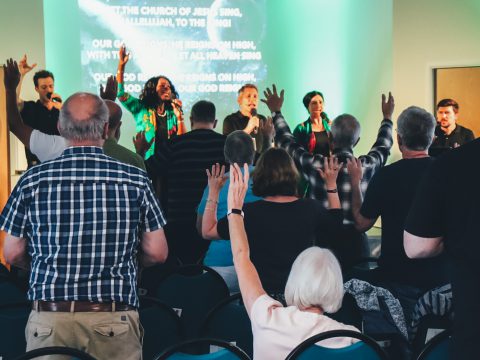