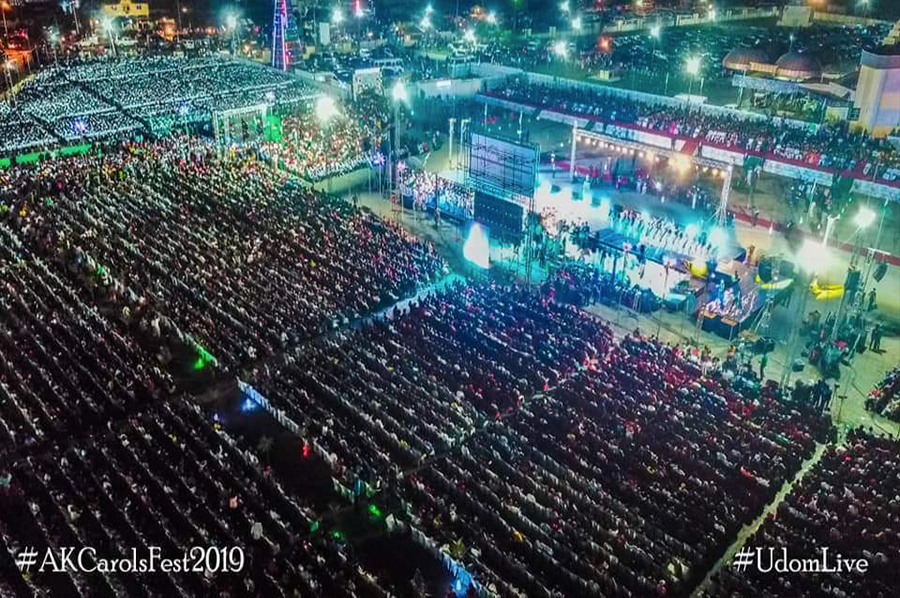 What an honour and a privilege to be invited to the Akwa Ibom Christmas Carol Festival earlier this year. We received an unexpected call asking whether we would participate and after a little wrestling with our schedule we accepted. As a team we have never been to Akwa Ibom State and the city Uyo where the event was to be held. Nigerians know Akwa Ibom as a South South State  though is in the South East and is known as a peaceful state that is beautifully lush and green.

Pastor Aity Dennis was the liaison for all the guest ministers and once we had confirmed our participation she was a constant source of help  and support for any questions as well as any practical and logistical arrangements.

The State Governor, His Excellency Udom Emmanuel is an unashamed and unapologetic Christian. The event theme was ‘Only God’ and the theme song ‘Only God’ by Mario Ese was ministered by Mario himself  on the night. In his speech His Excellency spoke of the challenges of running for office and the threats that had been made of violence and unrest during the elections. He spoke of how he held on to God in the face of criticism and negativity and the result, which had been contested in the Supreme Court was declared legitimate. He had won by an overwhelming majority and declared that Akwa Ibom will grow and flourish with the only true God at the helm.

Below is a link to a YouTube video of the Carol Festival. We hope it will be a blessing for you.